We’ve been working hard on new features for you guys, so join us in our latest Animaze concoctions! 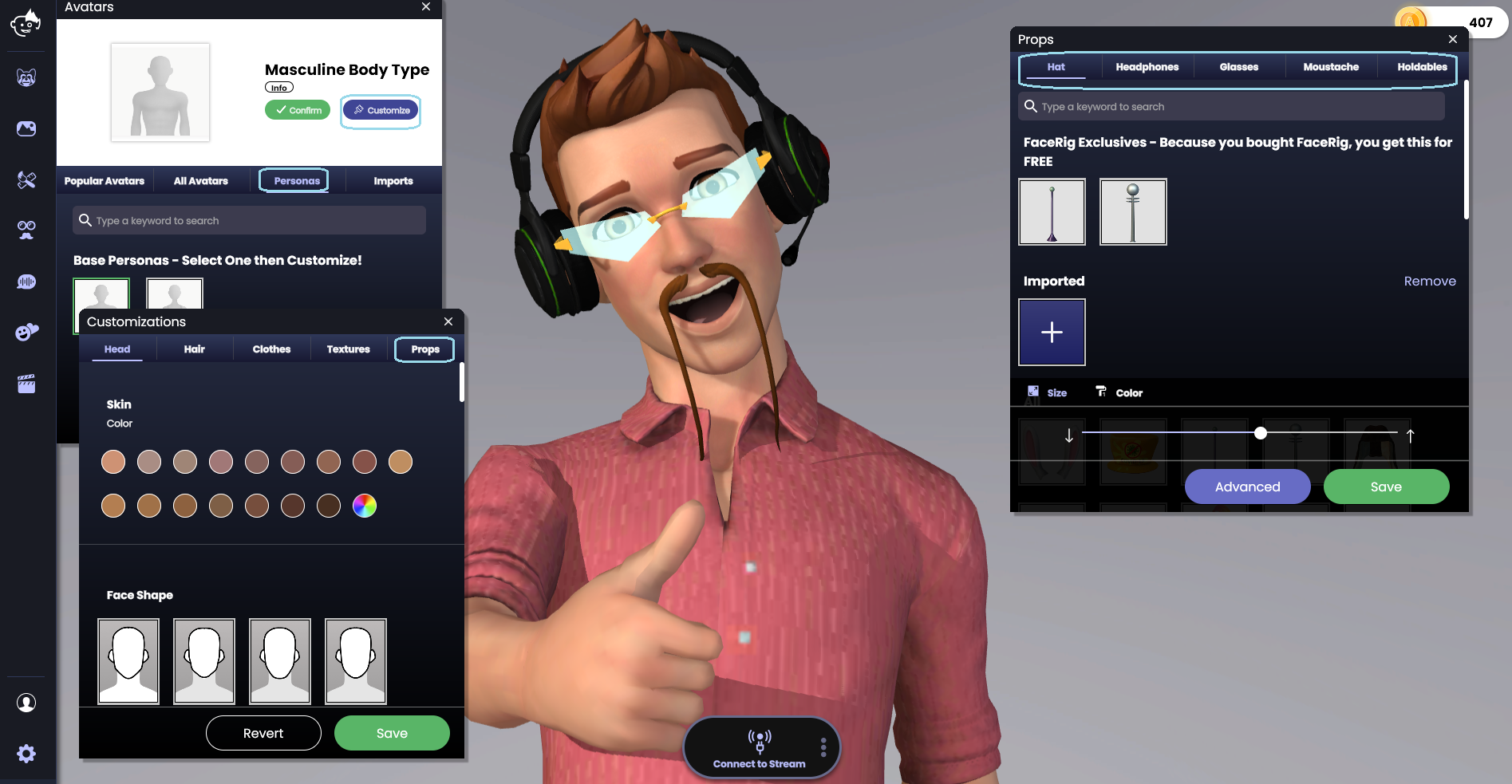 Other new updates and bug fixes include:

Known issues in this update:

When trying to change something on an already saved custom avatar, selecting not to save at the end of customization will cause the app to crash or the avatar to disappear from the scene.

ATTENTION ALL VRM BETA TESTERS: We are briefly extending the.VRM import beta test. We’ve updated the VRM branch to address the feedback we received from the surveys and Discord channel. Beta testers can learn more about the updates on the beta Discord channel. We know many of you can’t wait to get your VRM models into Animaze. Rest assured, we are working our tails off to release .VRM to EVERYONE!

Note that all already imported VRM avatars may exhibit issues after this update so it is strongly advised to re-import them in the Animaze Editor.

As always, we love hearing what you think about the new features and Animaze! Tell us what you’d like to see added to Animaze on our Discord server, email us at support[@]animaze[.]us, or message us on Twitter!