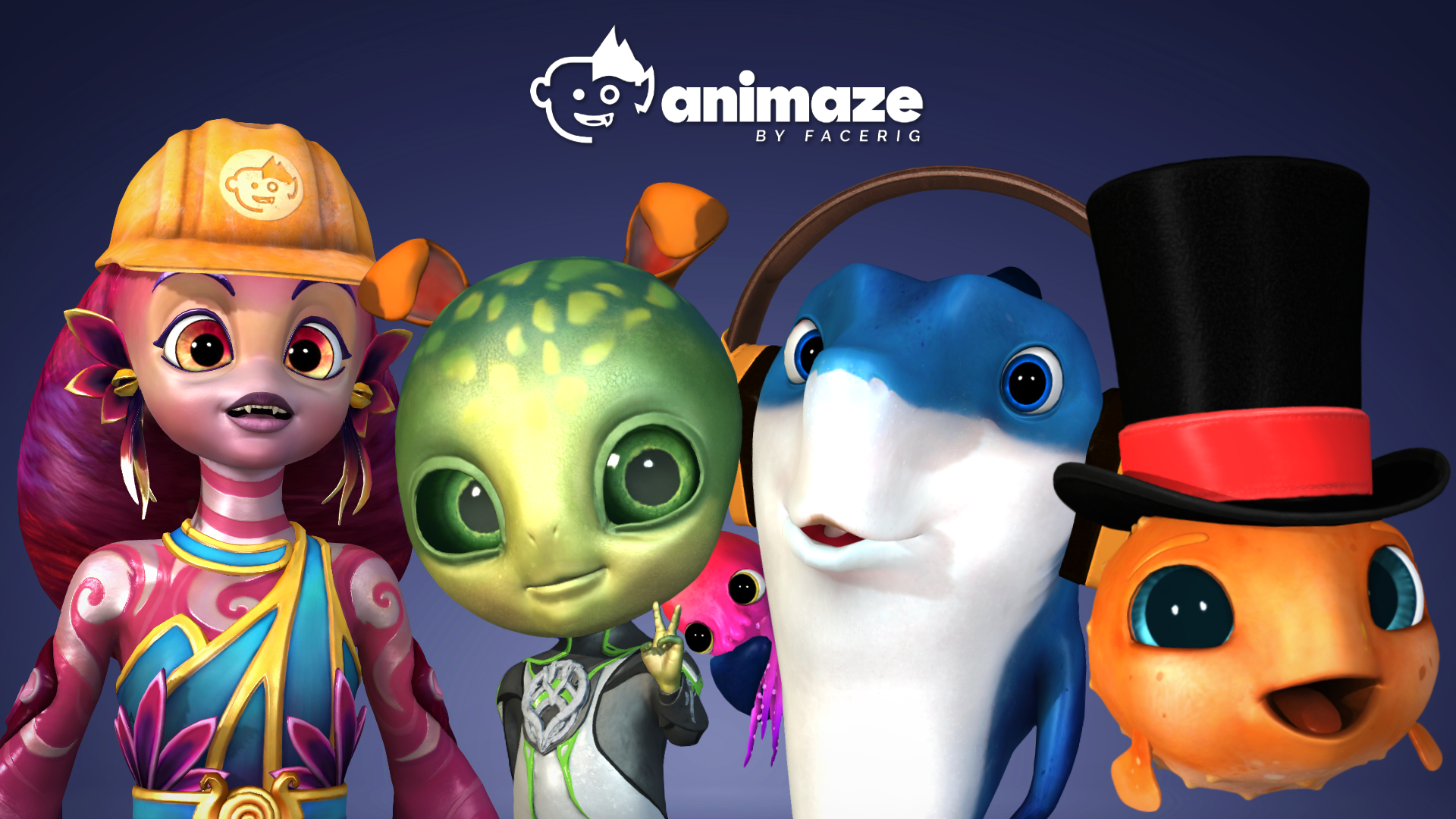 This update also includes fixes for the following reported bugs:

If you’re experiencing any issues with the Animaze app, please contact us at support [@] animaze [.] us, and we’ll try our best to tackle it as soon as we can!

Besides the update for the Animaze app, we have also updated the Animaze Editor in order to support features for .VRM models!

This update has the following known issues and limitations, that we’re still working to fix:

As always, we love hearing what you think about the new features and Animaze! Tell us what you’d like to see added to Animaze on our Discord server, email us at support[@]animaze[.]us, or message us on Twitter!